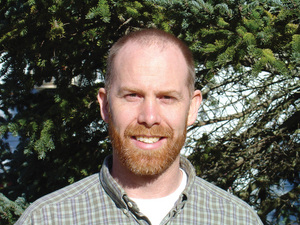 In 2007, responding to a need to reduce emissions from Outdoor Hydronic Heaters, then known as outdoor water stoves, EPA began a Voluntary Hydronic Heater Emission Testing Program. The EPA, states, industry and other parties came together to solve a burgeoning smoke problem. The program began with Phase I, which would certify units at a 70 percent cleaner emission level on average than industry had been providing before federal and state involvement. Phase II certified units would be approximately 90 percent cleaner than the average prevoluntary program products. Today EPA is transitioning from a voluntary hydronic heater testing program to a mandatory program. This program will include all indoor and outdoor biomass boilers.

The process has been slow moving. Recently the EPA program stumbled. In early 2011, EPA abruptly removed from its Burn Wise website all efficiency numbers for Phase II approved hydronic heaters.

With efficiency numbers for log wood hydronic heaters reported in the dubiously high, upper 90 percent range, regulators and others became suspicious of test accuracy. While there is speculation as to why the EPA-approved efficiency numbers were so high, a single smoking gun has not been found. Partially as a result of EPA testing problems, on March 15, Oregon declared a moratorium, among other enforcement actions, on all new installations of hydronic heaters and several other wood-burning appliances (see www.oregon.gov/DEQ and search Heat Smart).

All parties to the matter now find themselves in a scramble to not only find where the EPA test went wrong, but to also create an updated suite of tests that are relevant to a broader range of biomass boiler technology. The EPA has targeted June for publication of a draft Residential New Source Performance Standard for wood-burning appliances. As this target looms, Oregon’s action sends a clear signal to both EPA and industry that not only must they move quickly, but also move accurately.

Behind the scenes EPA and industry, including members of the Biomass Thermal Energy Council are working feverishly through the ASTM process and other means to create test methods with an efficacy that all parties can agree to. Test methods are being debated and written, but there is little time or money to perform trial testing. What is clear is that even if methods are completed on paper, there will be little proof that new test methods are compatible and accurate with all appliances. It is uncertain whether test results that satisfy the likes of Oregon are possible in the foreseeable future.

Industry, states and the EPA have dug a deep hole on the hydronic heater emission issue. Industry has dragged its feet. Manufacturers of outdoor water stoves have moved slowly to cleaner units. One result is that smoke-belching outdoor water stoves have become a symbol for wood heating in general. Meanwhile, many companies with cleaner technology that could have contributed to a solution stayed silently on the sidelines hoping for a favorable outcome. The New York State Energy Research and Development Authority has been actively pursuing solutions, but many states have been more reactive than constructive. The result is that as energy prices rise, especially heating oil prices, citizens of states like Oregon have fewer alternative heating options. Meanwhile, the EPA is not only learning about all of the technology available, but is also filtering and reconciling federal and state requirements with wants and needs of industry, environmentalists, health groups and others.

The one-size-fits-none Oregonian approach is a clear sign that there is much work to do. The EPA plans to publish its final residential NSPS Rule in 2012 and has presented 2013 or 2014 as a final deadline for compliance. It is imperative that all sectors come together to solve the hydronic heater emission testing problem. The eventual result must be a sea change from the average type of hydronic heater that is sold today. Hydronic heaters sold in the future must be authentically highly efficient and must be sold with a test report that is easily understood and trusted by consumers. The era of selling wasteful hydronic heaters/biomass boilers is over. Oregon has helped make sure of that.
Author: Scott Nichols
Director, BTEC and President, Tarm USA
www.biomassthermal.org