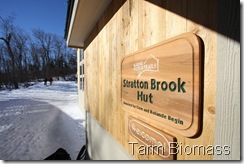 About 5 years ago I was told about the building of the Poplar Stream Hut. The hut on Poplar Stream would be powered by a hydroelectric turbine and solar electric panels, include state of the art energy efficiency measures, composting toilets, and a radiant floor heating system heated by a wood boiler. The hut would be a wilderness hut, but with relatively luxurious accommodations. There would be a lodge and bunkhouses that formed a mini district heating system. The hut was to be the first of twelve huts in a wilderness hut to hut trail system. The huts were being planned to provide beyond-expectation base camps for all manner of human powered recreation including hiking, biking, skiing, snow shoeing, and canoeing. In the remarkable terrain of the Western Mountains region of Maine, even more laid back forms of recreation would be able to take advantage of the hut system. Sight-seeing, fishing, photography, and many other earth friendly forms of recreation were likely to benefit from the hut system. To overcome remote locations, the hut designers had to conserve energy, use innovative building systems such as composting toilets, and use locally available energy. The designers didn’t stop there. As many building materials as possible would be locally sourced and assembled by local people. Even furniture would be locally made with locally harvested wood. When I found out that the sustainable systems that the huts would employ also would benefit from the visibility of regular energy tours, I was convinced that the Huts and Trails organization was an organization I wanted to support.

As a regular visitor to this region of Maine for several years, not only was I interested in having Tarm Biomass provide the boilers, but I was so sure of the model, and so thrilled to have a chance to be involved with such a personally and philosophically interesting project that I decided that Tarm would provide boilers at no charge.

The Western Mountains region of Maine has traditionally relied upon timber harvest and the forest products industry for a large part of its income. Recreation at the ski areas, lakes, and fishing and hunting lodges have also contributed to the livelihoods of those living in the region. In recent years though, the region has suffered as have many rural regions of the Northeast. The region could benefit from the right kinds of economic growth. The founders of Maine Huts and Trails had a vision. They could see a multi-faceted organization that would bring new visitors to Maine for all of the right reasons. They were then able to distill their ideas into a working plan. This plan and the enthusiasm of the MH&T organization enabled others to share the vision.

On Wednesday, December 12th I joined at least 50 other outdoor enthusiasts and supporters for the ribbon cutting at the Stratton Brook Hut. The fourth hut in the system and probably the most spectacular, which is saying something given the other three fantastic huts, Stratton Brook Hut takes ample advantage of its 1800 square foot elevation and ridgeline location for long mountain views in all directions. As with other huts in the system, both the radiant floor heat and hot showers are provided by an HS-Tarm boiler and thermal storage tank. Up to 42 guests are accommodated by the hut, which puts the heating system to the test in this mountainous and northern location. With a wood consumption of only 10-15 cords of wood each year, the boilers are proving themselves to be important energy work horses at the huts.

I couldn’t be more thrilled to be contributing to this brilliant hut system. If you have not visited the Western Mountains region of Maine, if you haven’t been a patron of Maine Huts and Trails, you are missing out on a wonderful experience. Their new director, Nicole Freedman is a former member of the U.S. cycling team and was the Boston Massachusetts “Bike Czar” under Mayor Menino before moving to Maine. Nicole is bringing a new emphasis to mountain biking at the Hut system, an emphasis that I am eagerly waiting to benefit from.

At the ribbon cutting, Chairman of the Maine Huts and Trails Board, Bob Peixotto, gave a speech that clearly stated the history, the vision, the status, and what the future holds for the Huts system. Excerpted remarks of  Mr. Peixotto’s speech are provided here.

The statistics provided by Mr. Peixotto are impressive, but not as impressive as the first hand experience. Once you visit a Maine Huts and Trails hut, you will want to come back. I find the Carrabassett Valley visually spectacular, recreationally diverse, refreshingly rural, and welcoming. 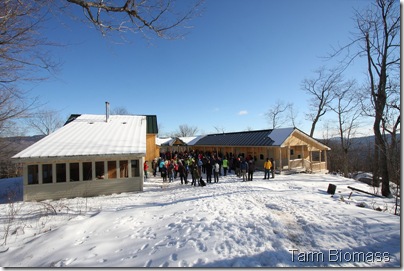 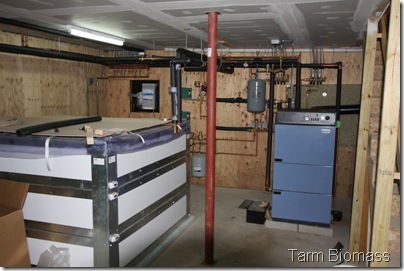 One thought on “A Wild Idea”